It is usually asked by one of a couple, with always a swivel of the eye to his or her other half, so really two people are asking this question.And I struggle to answer: "I have never found the right person... I am a sad and sorry manchild... I am incapable of love... I am a deviant, and prefer giraffes."
Any answer will fail to satisfy. The questioner expects no happy answer. I am only covering up my bone-deep, life-corroding loneliness. The questioners know this, and the insight they believe it affords comforts them. They are safe.

They look down from the high castle of coupledom, protected from such a fate. But if I were to ask: "Why have you settled for him? Why are you stuck with her? Were you so afraid of being alone?" such questions would be thought rude, intrusive.Last week a friend of mine went on a date. A foolish thing to do. The man she met had been married three times and had a child by each wife. An example of emotional continence I'm sure you'll agree. And he asked my friend, single and childless, why she had failed at life.

It was a shortish date. Failed at life?

Single people can also feel this way about other single people, and about themselves. You see, no one is supposed to be single. If we are, we must account for our deficiencies.
A recent book claims on its cover that single people might be the most reviled sexual minority today. But it's not just today.Take the word "spinster". It is withering and unkind. The word, of course, is innocent, but its connotations are unhappy, dismissive and disrespectful.

A few years back, in an age of Bridget Jones-type heroines, the novelist Carol Clewlow wondered about a female reader of her own generation, a woman who had long decided not to twin her destiny with another's. She wrote a novel about this single state. About spinsters.She called it Spinsta.

She delivered Spinsta to her agent, who was delighted, as were her publishers. A campaign was initiated. Various columnists and celebrities were to be asked to consider and celebrate this word, but then another word came back from the booksellers.That word was "no". They would not stock and no one would pick up a book with such an ugly word as its title. The novel was retitled Not Married, Not Bothered.

When I speak of this subject with women, the conversation, the anecdotes, are plentiful, wry and amusing.With other men, gay or straight, the talk is more wistful, hesitant, inconclusive, and even a little pained.Legal now, the gay man must also account for not having a partner. We even agitate for marriage. To be recognised as couples not just by the law - which is right - but by God, which is redundant. But couples rely on such iron definitions, need them. 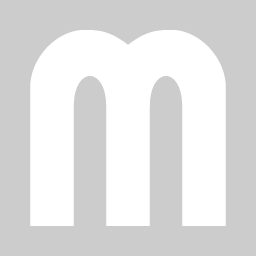